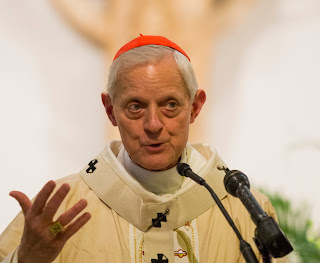 In Amoris Laetitia specifically, we find long-held, theologically sound teaching that displays the reality of practical, pastoral guidance that is offered to someone who, like all of us, is struggling to live up to the fullness of the norm, but within the circumstances and situations in which they find themselves.

In responding pastorally to those whose lives more reflect the brokenness of the human condition, rather than the beauty and blessing of the Church’s received teaching, Pope Francis affirms that our task is not to scold, but to sustain them in faith and hope. We need to begin patiently and lovingly to accompany them with special concern, helping them to live as fully as possible the life-giving experience of Christ and his Church. In this spiritual journey, each person can be at a different place. We are called to recognize this fact as we try to go out, encounter and accompany others.

In chapter eight, the Holy Father follows the teaching of Saints John Paul II and Thomas Aquinas to remind us of the distinction between objective moral norms and their application in uniquely concrete circumstances. Thus, he says that pastoral practice needs to take into account individual conscience, which not only can recognize that a given situation does not correspond objectively to revealed Gospel teaching, but can also be that voice of the Spirit which prompts the person to make the most generous response to God he or she can considering the complexity of one’s human limitation (Amoris laetitia, 303).

One starting point is the realization that there is an objective moral order. It is written in our hearts as the natural law and proclaimed in revelation. The Catechism of the Catholic Church states that the Decalogue, the Commandments, are a privileged expression of the natural law (CCC, 2070). Saint Thomas Aquinas speaks of natural law in his Treatise on the Law (Summa Theologiae, I-II, q. 94). He also describes the role of charity or love in human actions and the determination of rectitude in various places of the Summa Theologiae, II-II.

In the work of pastoral ministry we must consider the teaching, the role of the priest in working with the person to understand more fully how the law and teaching apply in his or her own life situation. We also must consider the conscientious judgment before God of the person in light of where that person might be and any mitigating factors (Amoris Laetitia, 305).

The exhortation does not create some sort of internal forum process where, for example, a marriage can be annulled or where the objective moral order can be changed. The teachings of the Church on marriage and family, and conscience and moral decision-making, remain unchanged. The role of the priest in listening and offering affirmation or challenge to persons as they work through their own understanding of their situation, is not the same as absolving from the law or annulling a marriage.

Instead, pastoral dialogue, accompaniment and integration involve the development of conscience and also the expression of a level of support or confirmation for the judgment the individual is making about the state of his soul or her soul. That judgment is the act of the individual and is the basis for their accountability before God.

In all of this, we must also remember both God’s liberating truth and saving mercy. None of us can claim yet to be perfect as is our heavenly Father. But we can grow closer to the Lord, who will by his grace heal us so that we can have the life he wants for us.

To help people gain a greater knowledge, understanding, and appreciation of marriage and family, the Archdiocese of Washington has prepared a number of resources to promote enrichment and healing. These may be found at VisibleSign.org.